I have spent much time and thought on the human-horse relationship lately. So much that I’ve even begun to question my own sanity and that point I’m pretty certain is well past the point others who know me have done the same.

Sometimes it seems hopeless. How will I ever decipher this horse world language? Honestly, if you archive my communication post you’ll see I’m not even that good at the subtleties of human language or the complexities of human relationships.

The best guidance I’ve gotten so far has been: don’t give up. This is a journey. There are no shortcuts.

What I’ve learned most recently is that if my mare  is motivated she is amazing and when she is working against me she is also amazing- at arguing and defending her position.

I believe there is evidences that we have a solid relationship under us.

When my car or truck drives up at the barn, no matter where my horses are they make their way in short time to the gate and wait for me even if I have a few things to do- they stand there waiting as long as it takes. When I arrive at the gate they are both easy to halter. In fact my rule is they need to come to me- even if it’s just one step. They do 99% of the time. 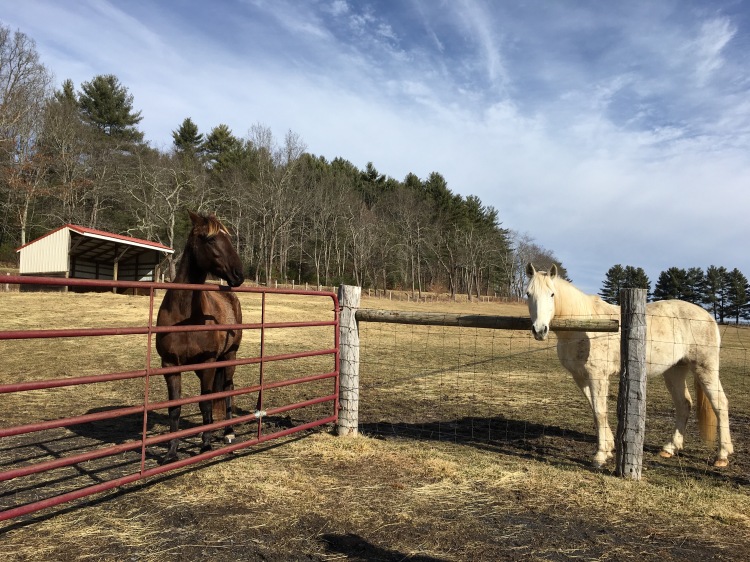 Most times when I walk kahleesi back out and set her free she stays close- at least for a few minutes- and stands near me in no great hurry to walk off and roll or find her bale of hay.

I also believe she respects me and I know from riding together – and getting through a few tight moments together (as in challenging terrain, detours, mud, high river crossings) – she trusts me.

However a realationship is a living fluctuating thing and my challenge is in nurturing properly it every time we interact instead of assuming the foundation is there and that’s that forever.

One more piece of life advice I’ve learned from the barn. Never take your relationships for granted.

Where we are this week:

I’ve doubted in the past that Khaleesi is suited for or wants to be an endurance horse. She is a bit slower than I’d like in her trot speed and not all that ‘hot’ when it comes to getting down the trail. She often seems a little on the lazy side.

I kept telling myself to give her time to grow up mentally and physically before getting too concerned. She’s still young.

Last week I let her make some decisions on trail about where she wanted to go and a window opened up. She started floating down the trail. 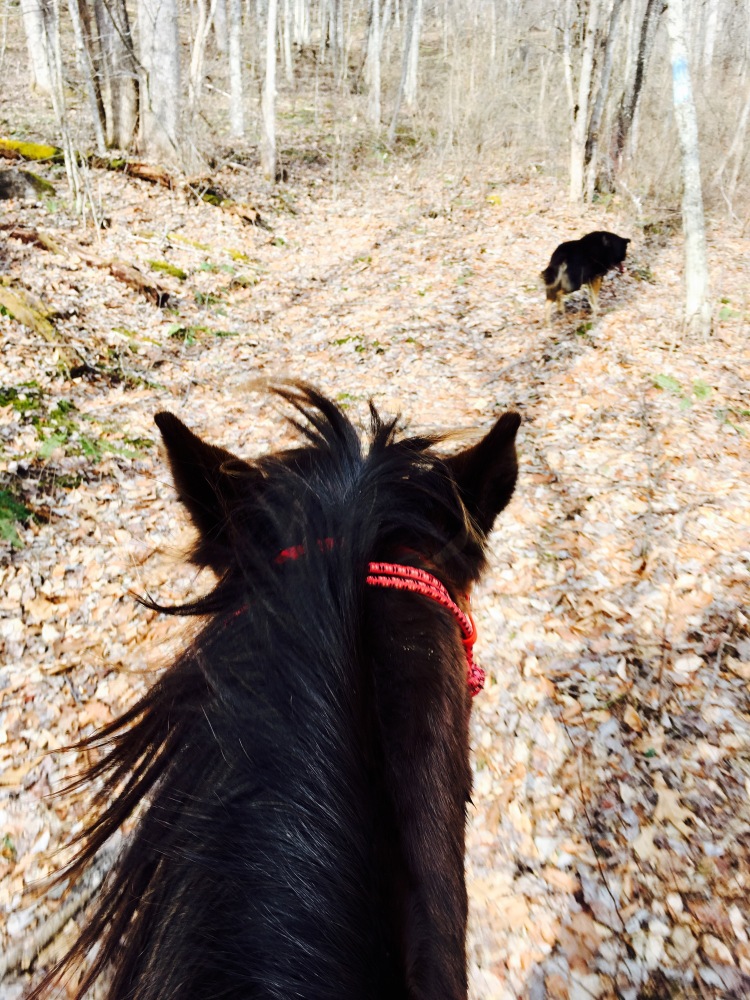 I followed up that ride with one designed to let her make the choices as much as possible. She turned a 9 miles ride into a 14 mile one and though we’d struggled to average 5mph before and this ride (with no pushing from me) she effortlessly traveled 5.8mph (average). Not lazy.

Ok. Maybe she’s like the teenager in school who is smart but bored in subjects she doesn’t have interest in.

Susan and I then took a ride to find the lost boot and we let them set the pace. No pushing. Khaleesi was barefoot right after a trim so I knew she would slow down. Her feet are hard and in great shape but she has slightly dropped soles and tends to be slightly more tender footed than most barefoot horses.  We had a very relaxed ride.

It was fantastic. We easily found the red boot and though she did walk somewhat slow, when footing was grassy and soft she volunteered to trot and we even cantered a stretch. Faygo was not at all barn sour. The horses and humans were clicking in sync. We averaged about 3.5 mph overall and enjoyed every minute.


The next day we hauled them off and let them take us home. I wanted to see if we could motivate Khaleesi by letting her jog home and also pick up our speed.

It worked. It was our fastest speed on a ride that long this fall/winter. Without one push from me, Khaleesi led the way home (we kept it that way on purpose) trotting many long stretches at 6 -7 mph easily. 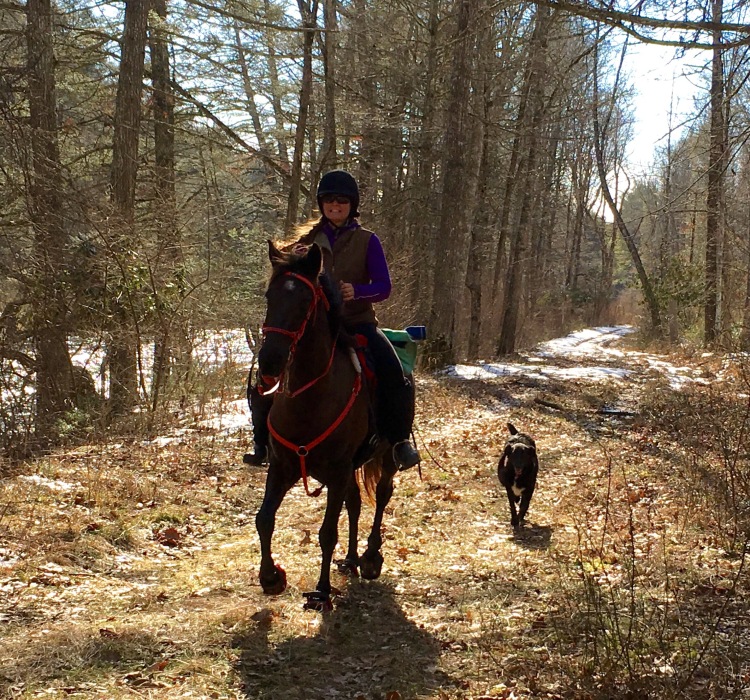 I was able to really think about my center and while trotting set down the reins and alternate an arm over my head to feel balance (again from the Sally swift book). I thought about my diagonals and how one often feels easier than the other. It was lovely.

Susan was able to keep Faygo in her easy gait for longer and longer periods as well. Again, horses and humans were clicking on the same page. After about 10 miles we had an average speed around 5.5mph.

The ride wasn’t without adventure either!

With big rains and a snow melt the Jackson river was up and rushing. My concern was for my trail dogs- our trusty companions. The first crossing is the highest but there is a hanging pedestrian bridge. Of course I couldn’t convince the dogs to take the bridge without us, so Susan had to drag them across safely as I ponied Faygo from Khaleesi. The water was high! It was fun to cross and we had no trouble but my boots did get a bit wet! 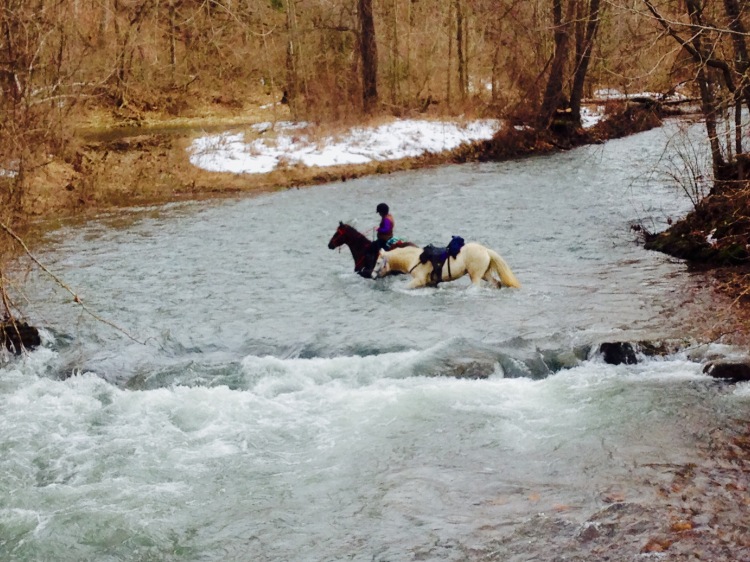 One more time Khaleesi took me through what could have been a stressful situation as the current was moving. But she is rarely afraid and willingly goes wherever I ask. She did great here!

The next crossing isn’t as bad but still had some current. Linus (my little coyote dog) got across no problem but poor Peggy Sue (city dog learning to be a country girl) got a little lost in the current. Upon crossing I immediately jumped off to go help her but thankfully she found land before I even handed my reins over.


The third crossing was the easiest and both dogs made the incredible journey safely in the end.

On the ride I thought over what to do with this information.

After a few rides where I involved Khaleesi in the decisions of how fast and where we went she was right there with me- and she loaded so nicely on the trailer again too. Our tacking up loose lead was 14 minutes – and I was really taking my time with her to wait quietly in between steps. She still walks off but it’s always improving.


In the past I might have tried to ‘train’ this by continually making her move better riding from home or when she doesn’t feel like it. I think now I want to use what I’ve learned to choose rides that she will enjoy and push herself when I want to condition more speed. And I will know that she may be slower and in no hurry on rides from home and use them to climb the mountain and add distance (or have more leisurely rides with friends) and not worry about speed.

One thing I know is she IS motivated on event day. The excitement and all the other horses are big motivation for her. It’s been training her for that day that’s had me concerned. I need to be sure she is ready to move the speeds she’ll want to in the event.

I’ve also noticed that our disagreements are a little better. We are going to have to work together and that means sometimes I make the decision. A couple times on the ride I choose a way she didn’t want to go- she did try to turn me around but just her head- we didn’t get full circle- so not as bad. She made herself known- then she seemed to accept my choice and went more willingly.

Seems like great triumphs- I’m so smart, leaning how to work with my horse. Building this great relationship. Look at me go. 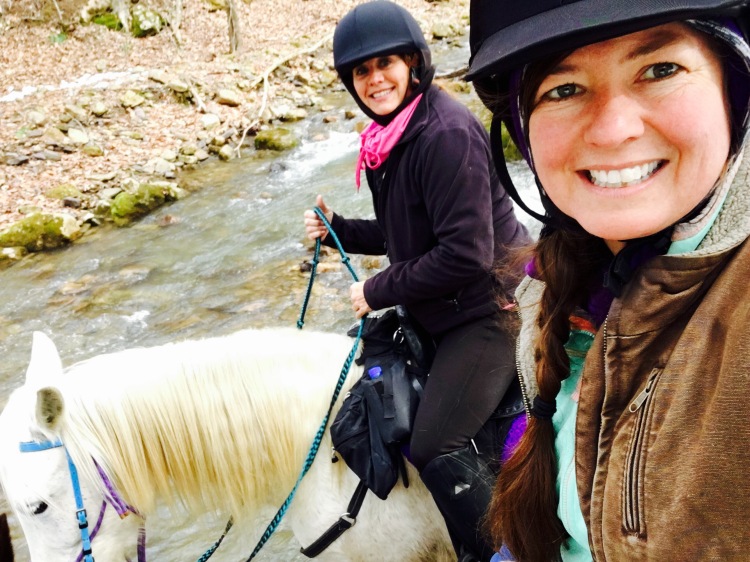 Yeah. Then I screw it all up.
Even worse because I KNOW BETTER.

I am embarrassed to write this but this blog is my journal of the journey in truth and for better and for worse.

So I’ll tell you what happened when I put my goals ahead of my relationship.

Far from barn sour, my horses may have been heading toward home but the closer they got the more relaxed they became (yes- even Faygo). They didn’t seem particularly worn out and tired (I have seen that before) they weren’t breathing hard, they were just slowing down, a relaxed pace.

What’s going on here… Especially Faygo… They usually speed up so close to home… Why are they both keying down instead of up?

In the last few miles I saw our mileage average dropping… We were now at 4.8.

The data. The numbers. That is how we track things… Improvement… What works. What didn’t. We did so well today!

That little button in my head switched. I listened to the data voice. I forgot my horse doesn’t care about the data.

My energy changed. As we got closer I would ask for little sections to move forward. She would do it- we got sloppy. She would trot a bit then slam on the brakes and walk. I would lose my center. When she did offer some speed it was more out of impatience than willingness and she’d be in a hurry than slip in a soft spot. Faygo started getting the off-kilter energy I was sending and in an area Khaleesi decided to move out Faygo rushed her and Khaleesi shook her head and tried to kick at her- she then slipped as the footing was soft and regained balance. This irritated her more and she shook her head and danced. I had to circle her and ask Faygo to go ahead (we don’t do kicking). We walked the remaining half mile slowly and better in control.

I remembered myself and saw what I’d done.

The girls had ridden close together, cantered together, and had no issues for the entire day. It was only when I lost my right as ‘sane leader’ that she took matters into her own feet to tell Faygo off. Or maybe I was still the leader- but I was leading us both in that ugly direction.

Either way I knew I had taken a beautiful ride and ended it on a negative note.

How could I do that? I know better. Have I really learned nothing?

Well we got back to the barn and gave them a snack while we unsaddled. I told her I was sorry I let us down and that she had done so great in that ride. When I turned her out she walked away, took a roll, the got up and spun around bucked her back feet high into the air and ran up to the hay bale without a look back.

Our relationship is always in flux- thankfully that also means I can go back and do better. She has a generous heart and I think we can work it out.

Tomorrow we start fresh once again.

And I will be better. 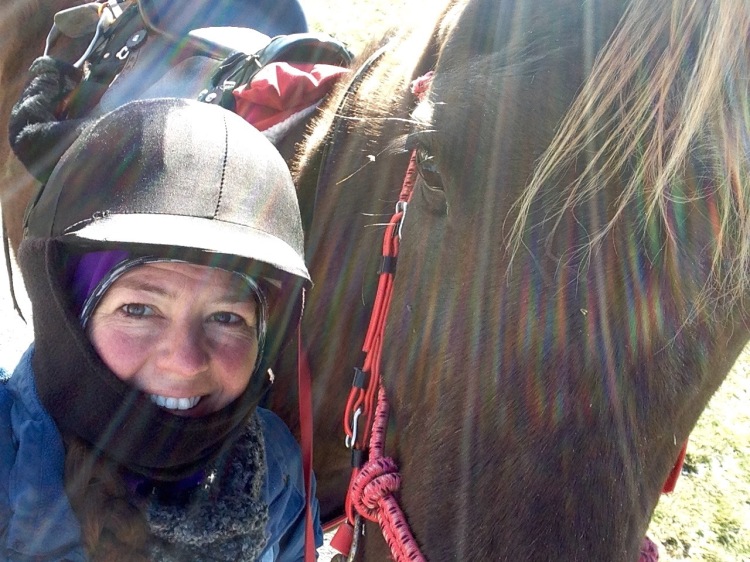