After a week in the lovely city of Charleston SC of music and good bourbon it’s nice to be home.

When I walked toward the pasture on Saturday the girls hasn’t seemed to notice I was back. When I called out to them from afar they picked their heads up, perked their ears and galloped over to the fence to say hello! It was a nice way to be greeted home! 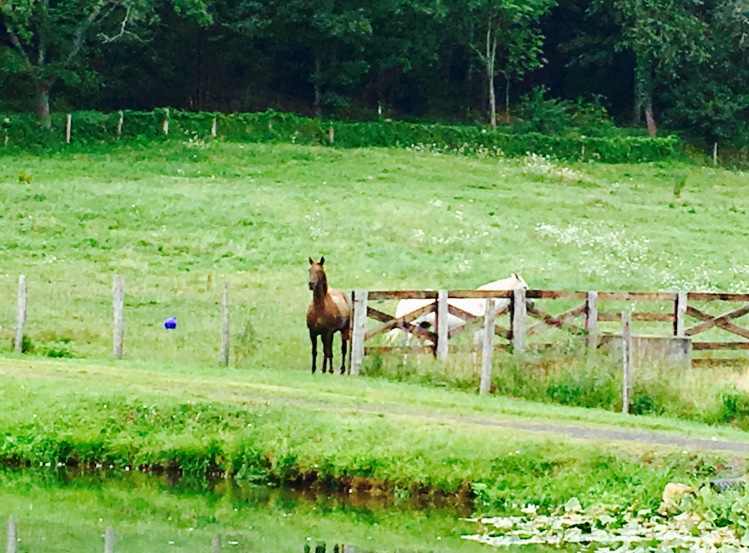 I took an evening ride ponying Faygo to get reaquainted with the girls then a fun ride with friends on Sunday.

Ponying Faygo is a switch from last year when Faygo ponied Khaleesi- who was generally at that time a slow-poke. My biggest struggle was not dropping the lead when Khaleesi hung back to poop, or try to eat a branch, or just decided she didn’t want to walk that fast, or got tangled around a tree. 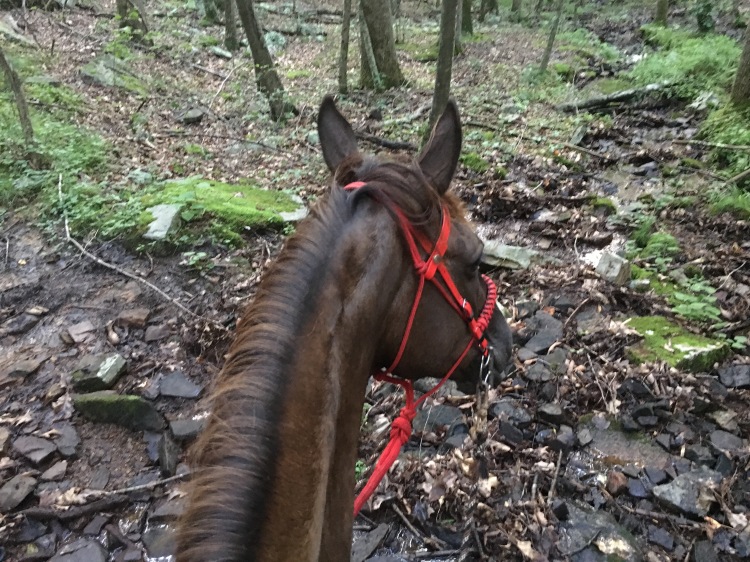 I just finished an audiobook (fiction) about water horses that are wild flesh eating beasts that come out of the ocean in fall on some fictional island in a place that seemed Celtic of sorts… These horses would sometimes be captured and domesticated as much as possible and were smart and fast and used for racing (where you could do worse than being thrown… You could get eaten by another horse in the race… Or pulled into the sea and drowned by the horse you hadn’t ‘tamed’ quite enough). They were powerful animals hard to restrain!

Well on my way home I felt like I was riding one of those monsters and ponying another!!! I did insist they walk but it wasn’t the most relaxing evening ride I’ve ever taken with Faygo trying to lead us on occasion and Khaleesi nipping toward her to tell her to get back as I’m trying to shorten my lead line which had gotten long on a single track and she was behind us! Khaleesi occasionally picking up faygos energy instead of mine and hopping into a fast trot as I’m trying to slow her down and hold Faygo back at the same time! 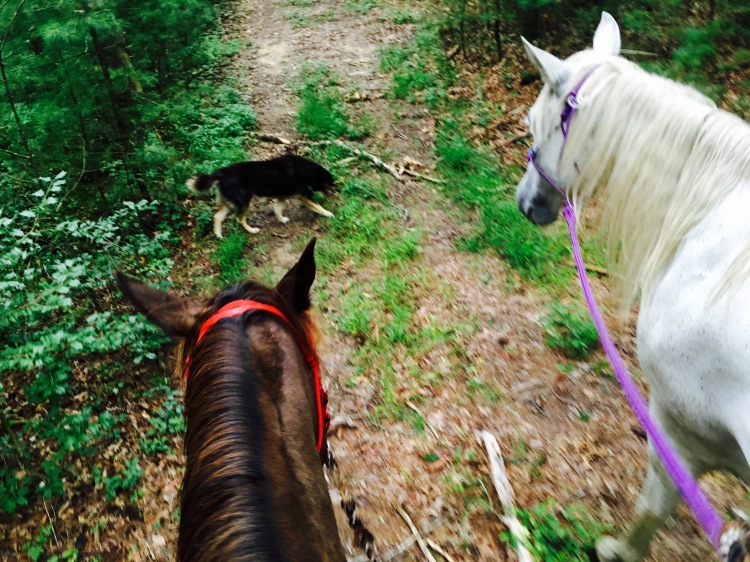 By the time we were almost back home I had finally convinced Faygo that she was not allowed to go farther forward than my knee. I don’t love ponying and we don’t practice it that much.

On Sunday my endurance mentor Lynne rode with us and showed me her Tevis Buckle! Maybe next year I will make plans to try to go and crew to learn all I can for when we’re ready to make the trip. 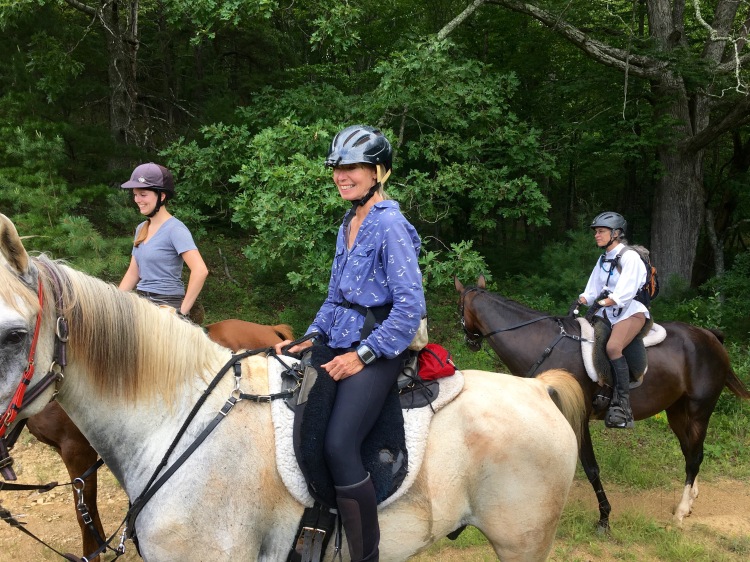 The next ride I have planned is the Iron Mountain Jubilee 50 at the end of the month. After yesterday’s ride Lynne said Khaleesi is in great shape and ready to go. Just some basic rides to get her out – maybe a long ride, and some shorter speed rides- and also some rest in between and she will be fine.

I’ve noticed her picking up speed and also extending her cantering to longer intervals. Her heart rate tends to stay low in a canter and we may begin to incorporate more cantering in our rides. Lynne gave me some heart rate interval ideas for training in more cantering as we progress.

In my opinion we could use more mountain climbing. Not hard to find places to work on that here.

Today the new replacement saddle should arrive and I’ve ordered some offset stirrups as well.

Nice to know we’re on track! 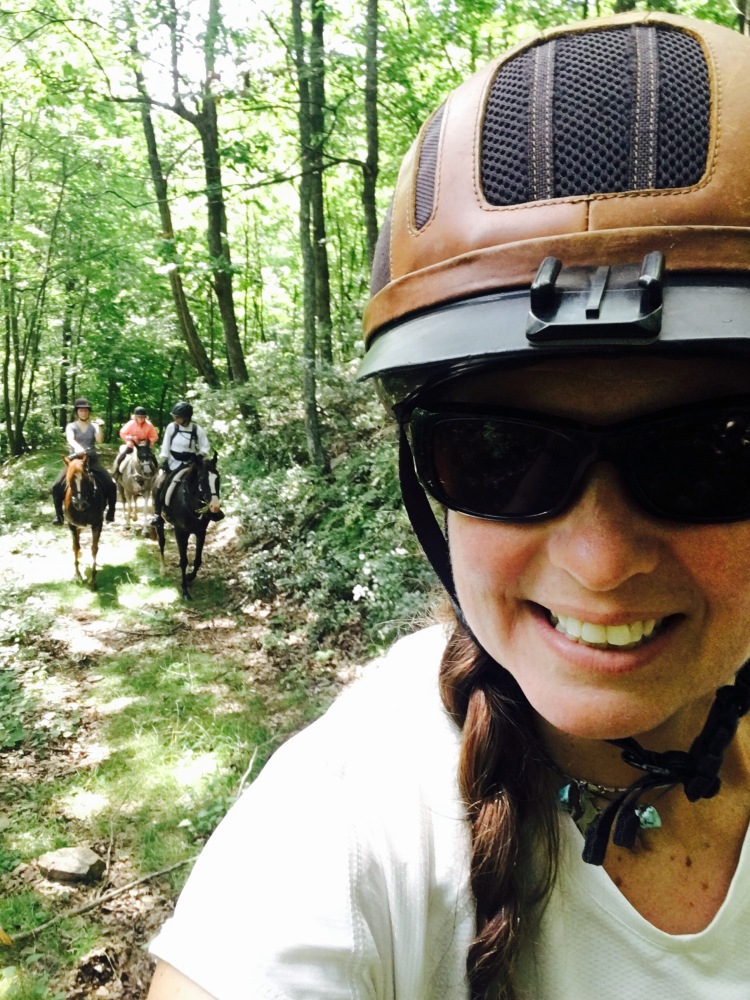