The Fort Valley 50 is next week which is generally the end of my ride season.

I’m not unhappy with how the season has gone though it wasn’t exactly what I expected. I learned some lessons about staying flexible and doing the best I can with what comes my way.

Not much went right at No Frills including a wrong turn and failed glue on boots.

I learned that I’m not likely to head toward glue on boots for a few reasons one of which being the success I’m having with the plain old strap on Scoot Boots makes the risks and extra expense and effort with other plans not worthwhile.

The extreme muddy conditions of Black Sheep Boogie proved very challenging for team green and my hoof plan was tested with a twist. Though the Scoot Boots valiantly stayed on through more sucking mud I’ve even ridden through (where I saw many metal shoes also churned into the mud) – in the end the real triumph came from doing most of the 50 miles barefoot which a year ago would have been crippling. 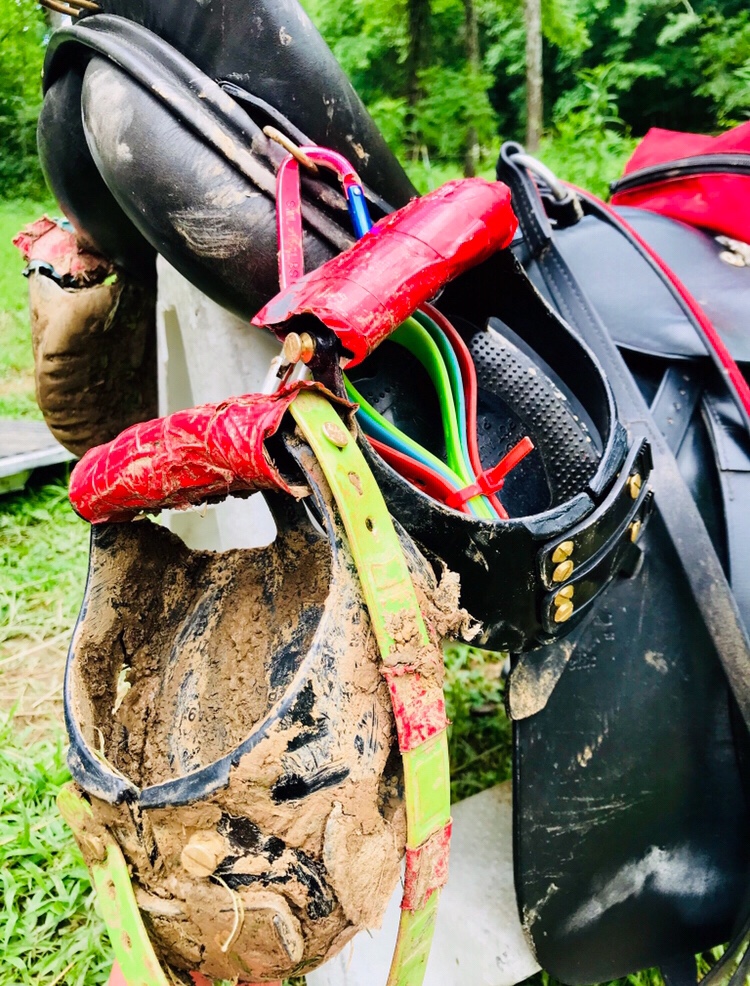 The constant up and down hills of Southern OH paired with the sucking mud also made for tight hind end muscles and slowing down to the point we finished but just barely.

I drag rode for the OD this year as the rock strewn mountain trails are not Khaleesi’s strong suit. It also gave me a chance to ride a leg with a friend getting into endurance and introduce her to vet checks and ride camp.

Then I planned on the Ride Between the Rivers Which was cancelled (I have no doubt that was for my best interest in the end but it was a disappointment!).

That made me decide to splurge (haul hours and cost) for the Biltmore National Championship Ride as a substitute for RBR and both the terrain and timing was in retrospect better for me and K. It was a Thursday ride which meant I could be home for the weekend for family time and though it was a challenging ride the rolling hills and good footing made it a doable challenge for us.

We finished just under the clock for the turtle award and she was healthy and sound- albeit not as fast as I’d like. Boots stayed on without fail but a past scar began a rub around mile 40 which led me to decide to pull the front boots the last 10 miles. (This slows us down on gravel and rough terrain) but she came through sound. 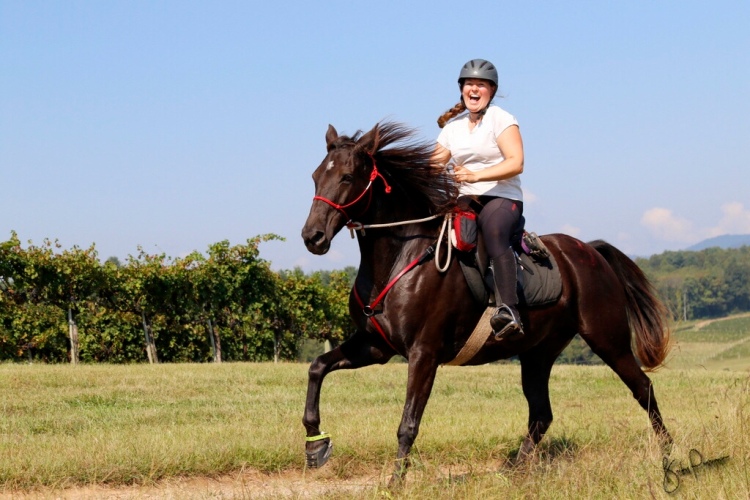 I’ve spent a lot of time this summer investing into my friends’ riding goals. This meant I didn’t do the amount of distance and speed training that would have made completing rides in better time easier. My mare is in great shape and looks fantastic but she’s not as conditioned as she has been in years past.

Still, I don’t regret one ride helping others work toward their goals.

Long term my goal is working toward a single day 100, and to become a decade team (same horse and rider over 10 years). I want a healthy horse with a solid foundation mentally first and physically second.

I also want to keep my personal life in balance which is sometimes a challenge when I get my teeth sunk into something exciting. Slowing down from time to time to help others or be more considerate of family life balance is not going to hurt that process one bit.

I just need to be getting successfully through one 50 mile ride each season to stay on track. Also Khaleesi is 8 this year and though legally I could do 100 on her — many horses complete 100 miles at this age, I’ve talked to some successful endurance riders I have high regard for and the advice not to rush a young horse into 100 seems to stick in my mind. I have been trying to develop K mentally as strong as physically and I believe this takes more time than just getting the body through 100. It’s a hard job.

The time I invested in a friend bring a new green horse along on the trails, or another friend who hasn’t been out of an arena in years begin to get trail miles culminating in a successful 30 mile multiday ride, or having patience while another friend begins to learn how to ride terrain more effectively and pick up speed and fitness (eventually winning grand champion at a 30 mile CTR) is time well invested. Meanwhile they are still solid miles climbing around our varied terrain and elevations and not wasted as my mare continues to develop a long term base of overall mental and physical fitness.

It gives me deep joy to see my riding friends all making progress, gaining confidence in stretching their limits! I am pleased to play a small part in their successes. It’s always nice to have patience and encouragement from friends.

I recently heard this statement:

some days you get everything you want the way you want it… life goes easy and you consume and take. Some days you pour yourself out and it’s not always easy and often means sacrifice… you give give give. Which days do you sleep more soundly?

Apparently the secret to a happy life is pouring more of your life out into others lives. Who’d a thunk?

Problem is it can be addicting. Once you start it begins to grow. Thankfully there are no laws against this addiction. And it doesn’t come with harmful side effects.

I have been flip flopping on the Fort Valley Ride since Biltmore.

The record rains this year have created a degree of wet we rarely see. I’m continually working out my hoof trimming and angles as well as saddle fit (they connect because both contribute to how the horse moves) I have also seen how the terrain of the ride affects it all. The sweat patterns and rough hairs that come with a particularly mountainous ride are often not there on a flatter faster ride. 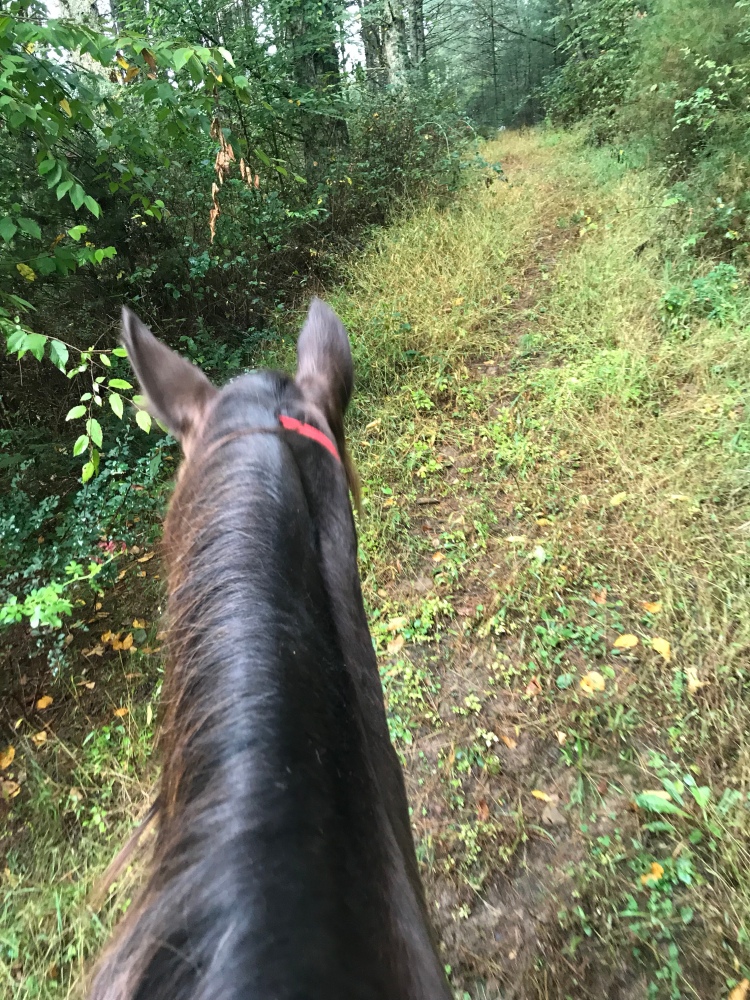 I’ve struggled to find a set up that leaves a sweat pattern I really like, still get on and off white hair patches, yet no back soreness so I continue the process which practically with each ride. Unfortunately with the wet weather some of these disrupted areas have gotten rain rot scans and that makes them worse. I shaved one spot to keep it treated and dry and that’s not ideal under the saddle but so far it hasn’t been a particular problem either.

Rainy weather brings scratches (which she has never struggled with previously) currently on a hind hoof– it quickly went from mild scabs to hot and inflamed. Staying on top of that has brought it under control quickly but her lower legs are often muddy and wet not matter what I do. Rain has also brought bugs and bug bites also create areas for scratches and rain rot scabs to develop.

Then there’s the extreme humidity. The last two rides I’ve gone out to bring in the mare in the morning already to find her clammy with sweat under her winter coat standing still in the field.

It’s made doing some of our prep work difficult- though I did a 25 mile ride last weekend and she made it through the panting and humidity. 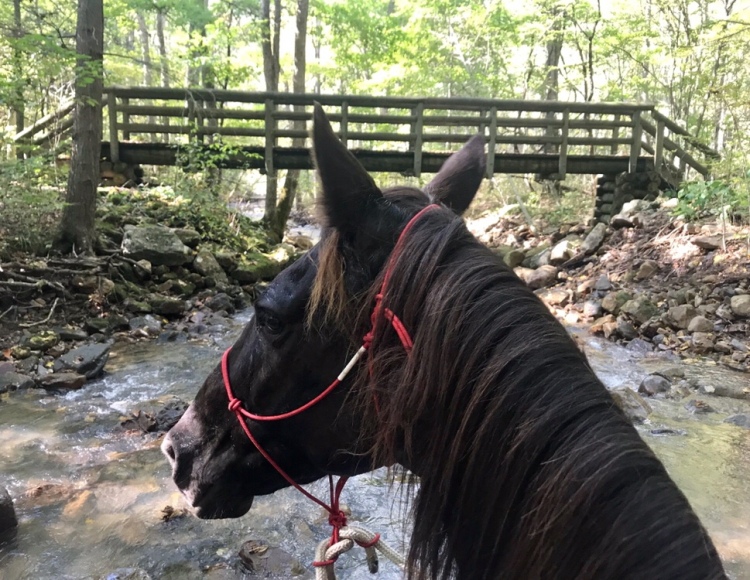 Do I shave her to ride the Fort Valley Ride? I can’t do 50 hot humid mountain miles with a winter coat on and expect to finish. But I hate shaving this late in the season. Last year she never really grew that hair back and I had to force blanket her last winter more often than she’d have preferred.

I decided to watch the weather and bail if it’s hot. It’s just not that important to do the ride if it’s going to cost her winter coat this year.

When I checked on her Tuesday she had new scabs on another foot, a gash in her coronet band that looked ugly, and a rain rot scab near her withers. 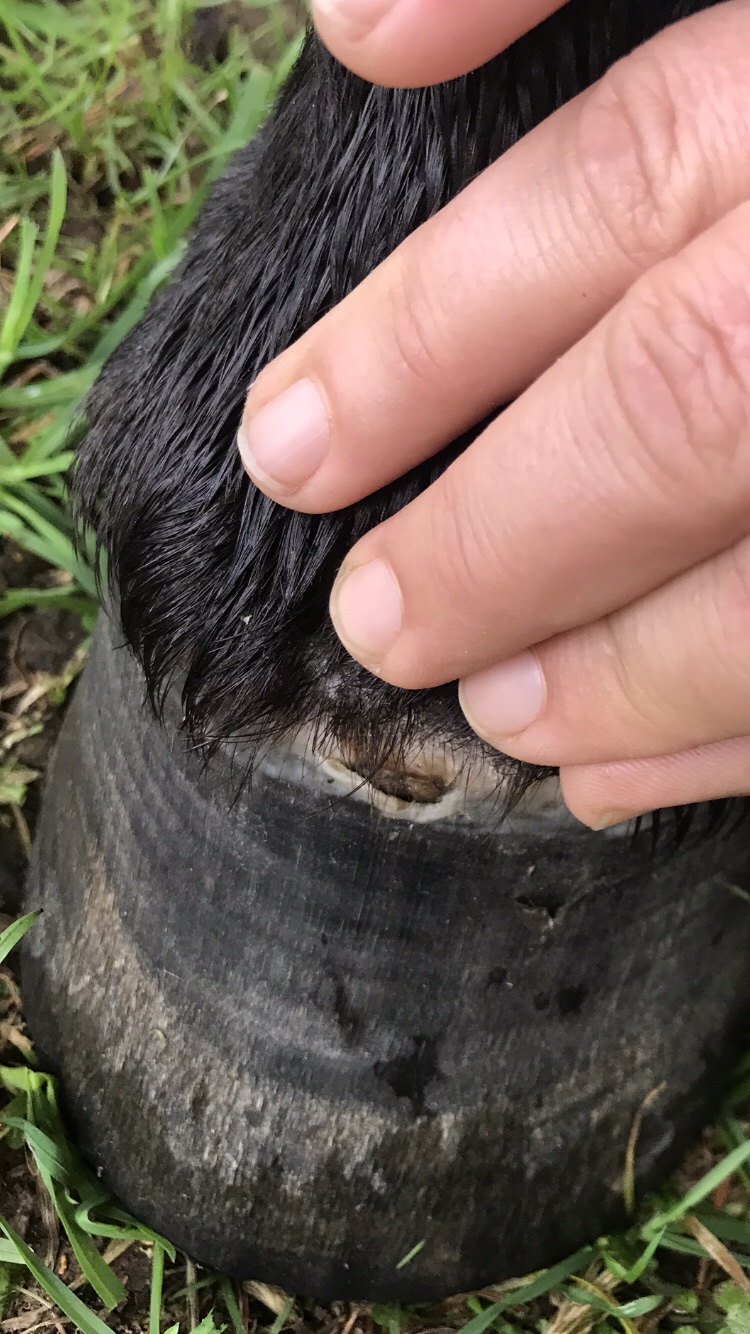 Maybe we should bail. This is just not looking good.

Then Wednesday the treatment on the scabs has helped the foot and I had softened up the rain rot scab and pulled it off treating the spot with soothing antibacterial spray.

We rode 3 miles of climbs in the humid heat and she did well.

Maybe it will be a good ride for us?

Thursday 24 hours of new rain made the original scratches that were almost completely healed scabby again. The shaved patch isn’t growing hair back very quickly. She is unquestionably irritated whenever I have to doctor her. She is not very happy to see me lately and the feeling is somewhat mutual.

All this rain, bugs, mud, humidity and skin scabs are making for less than ideal conditions for us both.

Why do this? I’m not in the mood for a grouchy mare…

Then I took her for a 15 mile ride Friday and we nailed it with an average speed close to 6 mph which for us alone is pretty good. The sweat pattern was better and not a trace of back tenderness still. Her coronet band gash is almost healed and the scratches are about gone. The Scoot Boots have stayed on without question for lots of terrain, speeds and miles… 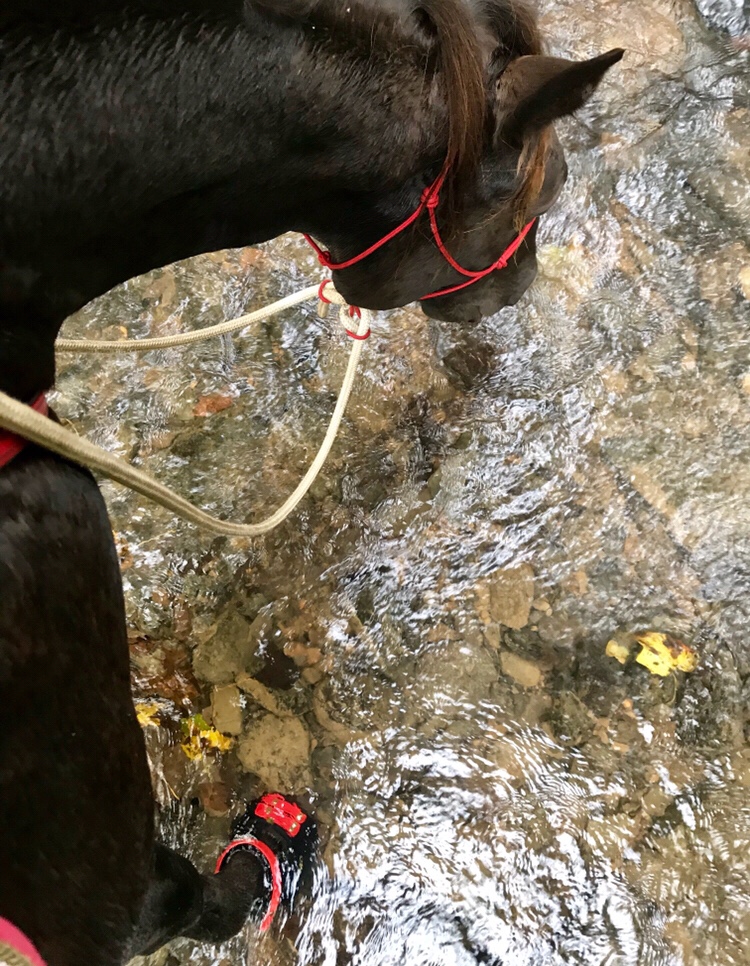 Today I checked the forecast and at least the storms appear to be bringing cool temps through. A significant drop of 20-30 degrees for the highs.

Those are all a good signs.

And my greatest wish this year is to finish before dark!