This post is a bit of a combination of a couple experiences I’ve had this week.

One of the days I went to work with the mares I had connected nicely with Wild Heart and she was coming with me at my shoulder. I had decided to take her into the barn to further the work on what eventually will be sending her onto the trailer.

When we stood together at the gate I offered her the halter and instead of putting her head into the nose and she stepped away.

I waited then asked her again.

Again she stepped away this time walking farther toward the other side of the fence. 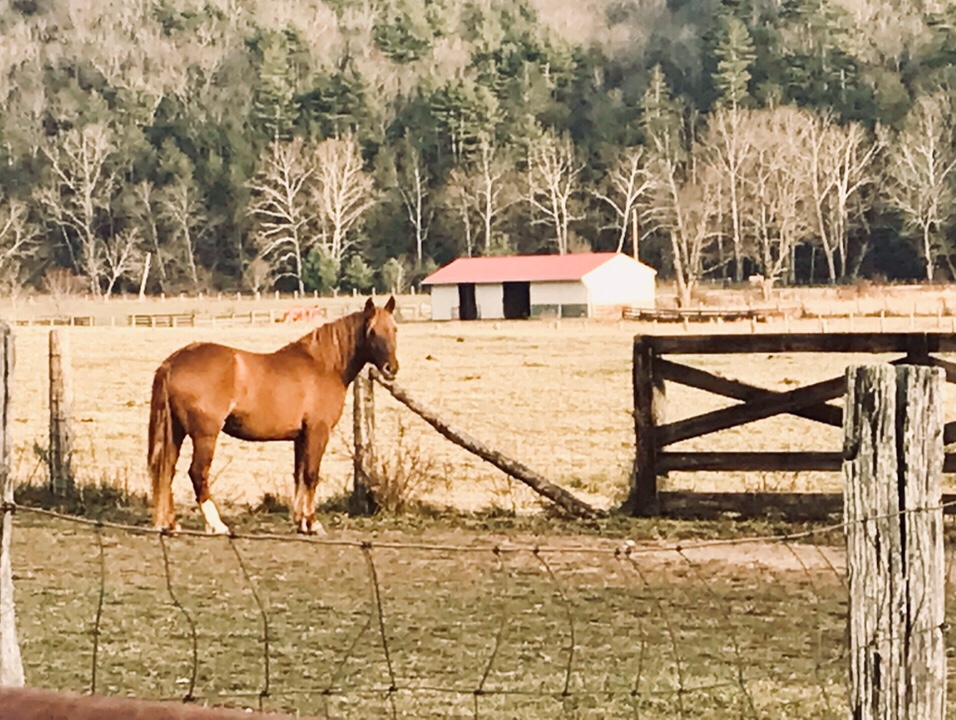 I waited and watched. She yawned and chewed over there.

I walked in and reconnected with her and she again followed me back to the gate. I sensed she was interested in leaving with me.

But she moved away from the halter.

I waited again. I watched.

She walked away but not so far. She took a couple steps along the fence and began pulling up a piece of bailing twine I’d hung on the fence with her teeth.

Was she communicating with me? I’m pretty sure she was. Bailing twine. That could work.

So I walked over and pulled the twine off the fence. She followed me back to the gate. I loosely put the twine over her neck with no trouble and she walked right out toward the barn with me. Right on my shoulder.

I am pretty sure I am pretty sure it’s unlikely I would have success loading her on the trailer with the twine so instead of putting us in a position that seemed beyond our current ability I started with something I was fairly certain we would succeed at.

I sent her into and then out of a stall.

How much fun we had sorting that language out. It was easy. Then we walked back to the field with the loose twine and released her.

At some point the halter will come back. Through the week I’ve watched her play with it- putting parts of it in her mouth, pulling it off the fence, sniffing it on the ground and jumping back at first when she moves it with her teeth and then going back in to further investigate. 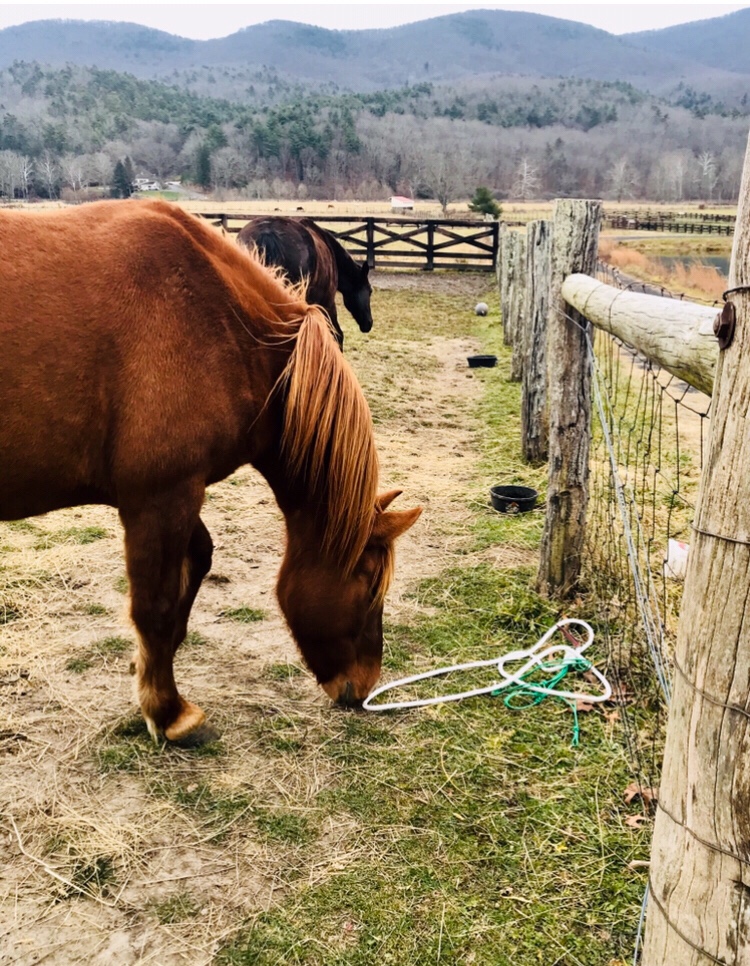 Wild Heart is<<<
d Heart is certainly not afraid of the halter. It was I who needed a lesson that day… the take away I have from the experience with the bailing twine is that I want a horse that I could load on the trailer with bailing twine and that the halter is never used in a way that jerks my horse around or treats her without respect.

I already basically knew that. I’ve stopped pulling on my horse to the best of my awareness a while ago. (Not soon enough but I only was working with what I knew… don’t get me started on what I’ll eventually know and look back on today me and wonder why I didn’t get it better!) even so I’ve never purposely used a lead rope in an abusive way. However I’m coming to see how light I could be with these horses if I were truly aware of them.

With the bailing twine I couldn’t just keep walking if she slowed down. I had to at least notice (be aware) she’d slowed and then find out why and then ask her to continue on. Key here being a conversation instead of a one-way insistence “I’m the leader come with me now!”

I am too good at one-way conversations in many aspects of my life. Thankfully I continue to become more aware.

I may not always want to stop or slow if she asks- but when I’m in relationship building mode it is probably a good idea to take the time to let her know I care and will at least listen.

This particular time she slowed as we were passing a massive dig area by the pond. The holes are substantial and something or a town of something’s live there. I’m not sure if she wanted to show it to me or if she’d noticed the animal activity from the field and wanted a closer investigation herself.

Regardless I paused there as she motioned with her head and I acknowledged the otter compound (or whatever it is) and then she gladly moved right back along with me.

As I close I reflect myself on the idea of completely expecting to have horses I can load on my trailer with very loose bailing twine… or less. It’s not really that far off but let’s just substitute something you might consider almostridiculous because it assumes a very high level of intelligence, understanding, cooperation and trust.

How about riding Tevis in a neck string?

I recently heard a story from a barn who often has horses completely halter-lead free moving about in the barn because they just don’t need it anymore. The horses cooperate with their humans completely. A visitor witnessed this and instead of noticing just how lovely the connection of horses and humans was she immediately began a tirade insisting she would never come back to a facility as dangerous as this one that disregarded basic safety protocols and had loose horses running about. (I’m pretty sure the runaway horse was just standing being groomed or saddled calm and cooperative. Really someone get that thing in some cross ties!!🤯)

I’m also quite sure the barn owners were ok with never seeing this woman again.

So where are you? Fill your crazy inspiration vision in the blank…………now if you aren’t working little by little toward that? The magic… Why not?

Is it that you don’t believe it’s even possible, you used to believe your horse could actually communicate with you and gave up on it as the gap was just too much to bridge in reality? or that life is too busy now to allow for silly unrealistic dreams like that?

Possibly you really don’t want to know what your horse would say to you… I’ve been there more times than I’d like to discuss. 😔

maybe it’s just that it’s easier to just put the horse in the cross ties, get the saddle on (have someone hold it still while you get on) and hit the road.

I mean everyone else does it that way. I have. Except I don’t have cross ties… but the concept… I’ve ridden more days basically that way than I can count.

Who has time for trying to have a conversation with a horse? For asking what they think? For taking the time to convince them we are worthy of their effort… that we are paying attention.

Maybe the other people watching the process would question your sanity…

Yeah. I get all that.

Still.can’t only be me who dreamed that dream? Walking through a field with this wild amazing creature at our side….

Are we just too old to dream?