I’ve been getting Wild Heart back on the trails by ponying her from Khaleesi at least once a week and though it began as a bit of a chore, I’m beginning to really look forward to those rides! First I’ve begun to expect Khaleesi to be more responsive to exactly what I’m asking on a higher level than usual. This means I am very specific as to what side of the trail I want her and how to go over obstacles, exactly the speed I want and to be faster to respond when I need to stop quickly (because Heart does sometimes and I don’t really want to drop the lead due to lame response time from my good horse).

This higher level of expectation began from necessity in trying to handle two mares on the trail together but it has really produced some of my favorite rides. She’s completely stepped up and been that horse. This includes not wanting to have to use my hands if possible so really focusing on steering from my body first. It’s been fun by the end of the ride to be able to be as subtle as turning my head and having her move to the other side of the trail or just think about stopping as I feel the slightest change in my pinkie on the lead rope and have Khaleesi stop right with me.

The other product has come from truly walking at a slow to moderate pace for 45-60 minutes (Wild Heart is not in great shape for the mountain climbing so I’m bringing her up gradually building muscle and cardio without going too fast and damaging her body or mind.)

At that walk I found I was able to tune in more acutely to my body and better feel between my right/left balance and also tension. I’m holding the lead rope with one hand and I want to stay balanced in both my upper and lower body. I have made it a point to lead from both sides as well!

I’m also working on letting go of all tension and I think I’m doing better each ride but I noticed if I saw a log ahead, a dip in the trail, a hill coming up I would feel some small part of me tense in anticipation! Very subtle but tension nonetheless.

The last thing that’s been interesting to observe is that the first few rides Wild Heart would stop often. I would allow her a moment and eventually ask her to continue forward with us. She would. But she would still stop pretty regularly. On one of the first rides back after she stopped she went right down on trail and rolled.

I waited patiently. Let her do what she needed to do and we moved on without a second thought. Sometimes she hesitated going down hills. I watched her move as she’s had some issues with discomfort before but she has a clear bill of health to get started so I wondered if it was fear of pain or actual pain- or weakness.

The most recent ride this week she stopped a total of 3 times early in the ride then not again. Not uphill and not downhill. The rest of the walk she stuck right at our side and even walked a little faster a few times going head-to-head momentarily. (Pictured below Khaleesi takes a pee break and heart stays clear of the stream!)

I think she’s building up fitness and hope she’s finding it doesn’t hurt.

It’ll be a while before I make her carry a rider again as I’m in no hurry. I would rather see her come around physically and mentally in her own time and I’m enjoying the process of starting over with her right now.

But I like even more how that has influenced my relationship with Khaleesi – both from the ponying and also just the things I’m learning about myself as I slow down and work from scratch with her trying to do it from the equine perspective. 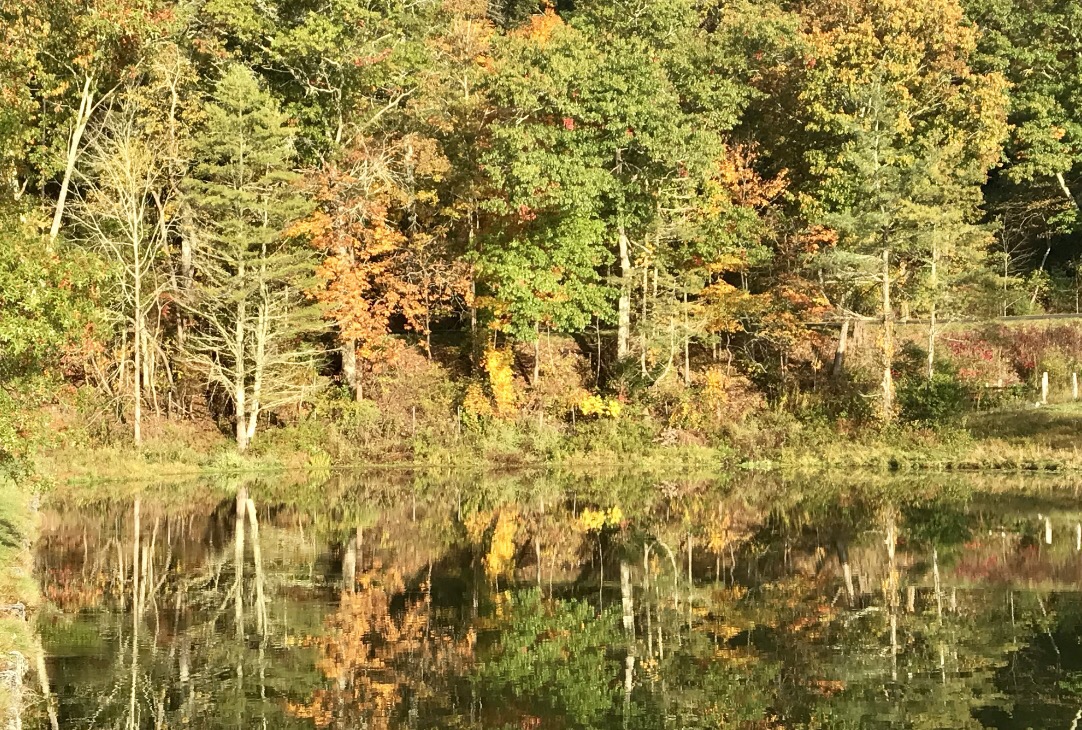 And sometimes I get it right… sometimes I still struggle! But it’s a great journey to be on.

One thought on “Pony”