Well they’re here! After the original intended release in June I ordered them as soon as I saw they were not ‘backordered’ and ready to ship from Australia. 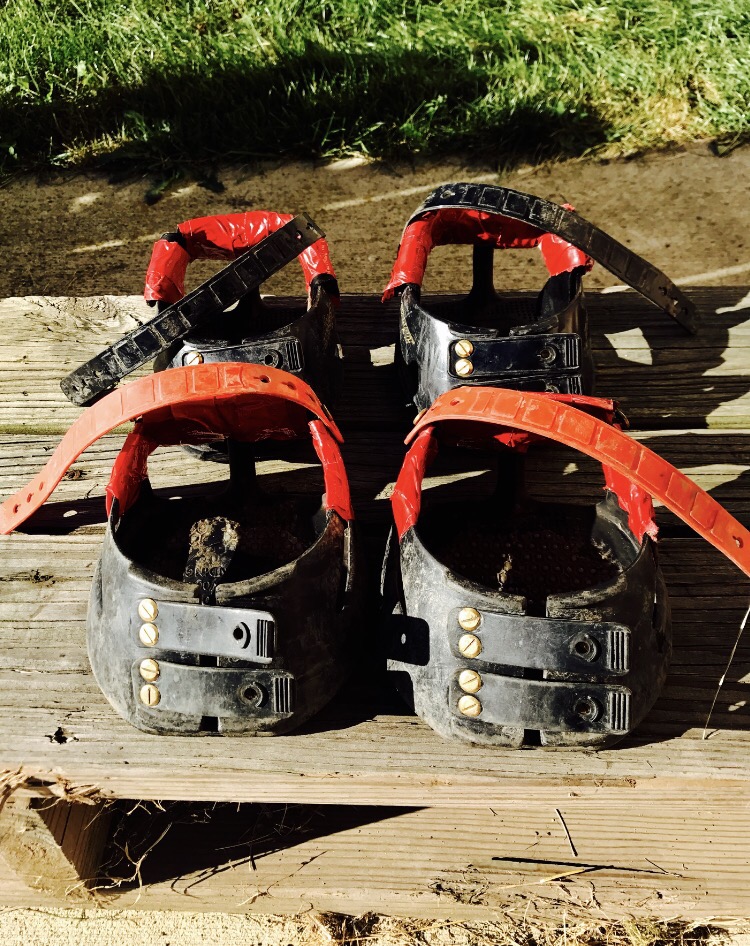 Took a pretty hairy first ride to try them out- sort of accidentally.

Drove to a nearby friend’s place for a short-ish but great climbing ride up a ridge trail and back. I think we both decided it was such a short ride maybe a little exploration off the backside of the mountain would be a good diversion and.. well once you get going sometimes it’s hard to know when to stop… and then you realize you’ve hit that point where you really don’t want to turn back so you might as well just keep on bushwacking on foot with the hopes you end up somewhere better than where you came from!

It ended up being a fun jaunt with only a few worrisome sections that were too rocky for my comfort. That is where I get off and walk because it lessens the chance of injury if at least she isn’t dealing with my weight and hers navigating rock slides.

After clearing the ravine we found some deer trails (pictured above)and truly enjoyed the early fall woods in sections that had likely been burned at some point as the brushy matter was just a year or two old – maybe three.

The new back boots were 100% and never came off through even the worst of it. However in one low area I chose the swampy path which was a mistake- we sunk in at least 8 inches every step and it was when I turned her around in that bog that I sucked off one front (the twisting did it) I knew it as it happened – pulled the boot out of the deep mud, put it back on and away we went.

When we eventually popped back into familiar trails in our local state park I was completely shocked where we were (hadn’t bothered to bring my GPS since we were planning such a short predictable ride originally). In fact my friend knew before I did and tried to explain it to me- I have ridden those trails a million times and still as she tried to tell me where I was the foreign way we dropped in – basically off the moon for all intents and purposes – I tried to tell her I’d never ridden that trail before.

So the quick little ridge climb ended up being almost 5 hours first exploring then taking the much longer way home but along the roads to make it easy on the horses (and us!!).

Having the entire day free it was nice not to hurry and to just enjoy a fantastic early fall day as it warmed up… grab an apple from a roadside tree and chat about whatever came to mind.

All in all a fantastic day- but also a win for my scoot boot slims. They’ll get a ‘fast’ ride Friday then a long test Sunday as I plan to do the 26 mile loop as the long prep for the Fort Valley 50. Khaleesi was in great form today- mentally and physically. She handled the terrible terrain like a champ- scrambling from one spot to the next careful not to step on me as we both slipped and slid at points- she was willing and in good spirits to ride, and has been really enjoying my friend’s mare the more we ride. Considering K can be a bit of a bossy female it’s been interesting to see her mellow out and relax walking side-by-side with this nice mare without ugly ears or her occasional pushy antics for me to stay ahead of.

I’d almost say she likes her.