I believe there are reasons for the struggles and shaping I go through. They are good for me in the long run, but that doesn’t mean I don’t occasionally throw a tantrum. 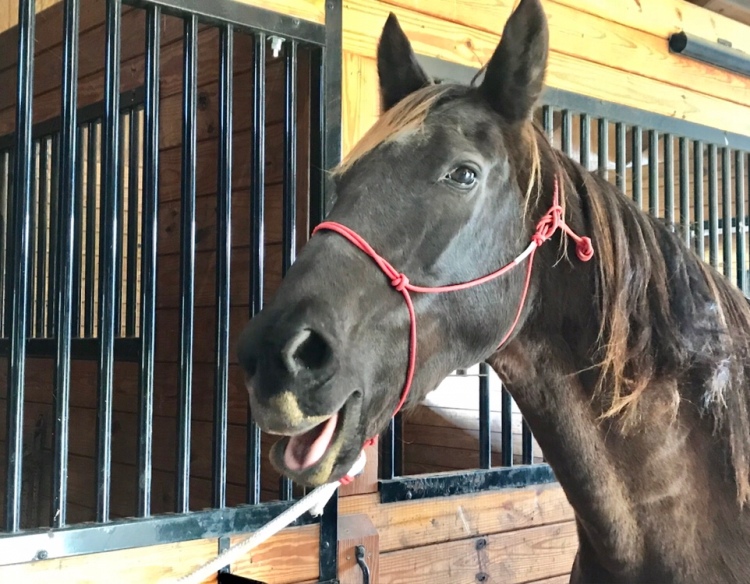 Can’t you work on him/her for a while right now so my life is easier!?

I’m tired. Can we do this some other time or never?

Ouch that hurts! Why do I have to go through this?! 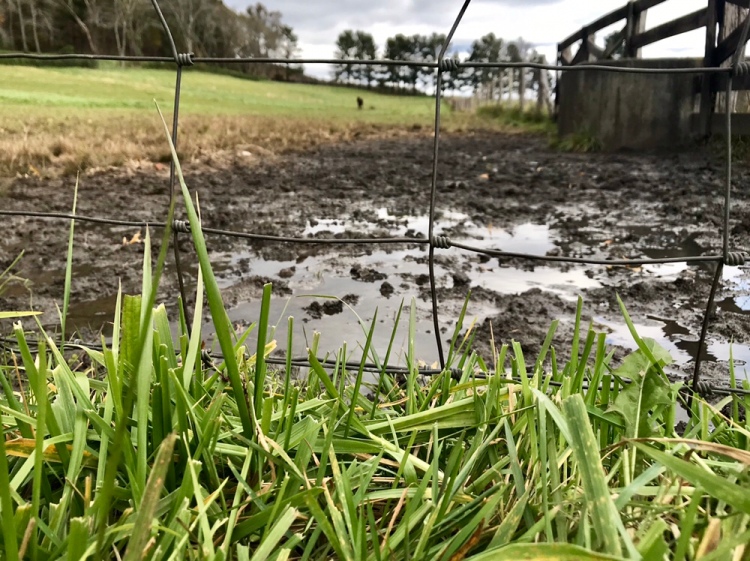 Then I went to the barn to check on Khaleesi’s painful scabby scratches on the right hind. I wasn’t able to do much the previous two days due to cold rain leaving fields completely mud soaked. No chance of drying the infected spots out which is necessary for them to heal.

It’s been a losing battle with this wet 2018. Just when I get a window of headway the mud and rain return creating new hot painful scabs.

First I used the hose to wash the mud off her legs and feet. She tolerated it.

But when I began as carefully as I could to dry and just assess the bad foot with my eyes she avoided, sidestepped and even air kicked at me. 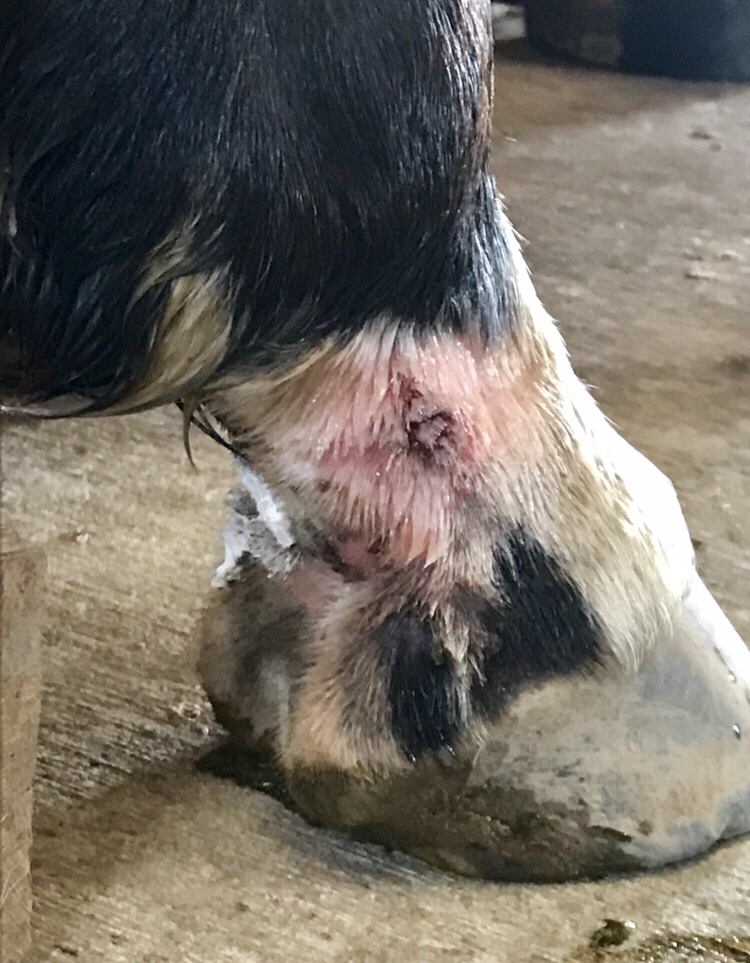 I know it hurts but I need to help you.

In order to truly help her I had to dry the area I’d just cleaned, run the mini clipper over it to remove as much hair as possible, then spray an aloe-antibacterial gel that cleans and cools the area (slightly easing the pain), then add some skin cream to soften the scabs so I might be able to remove some of them to allow them to heal – and a protective zinc oxide to help them feel better and protect them as they heal.

She was highly and visibly against this process and I understood. It hurt. The low level irritating pain is easier to deal with than the excruciating pain involved in true healing.

We know as humans that if we put up with the bad pain in an effort to heal we will then be well and not eventually to lose use of a leg and possibly die if you’re a horse who gets taken down by a predator.

So here I am in the barn knowing I absolutely have to get the scratches treated. With her consent or not in this case.

So I picked up the one thing that gets that mare’s attention beyond any other mental or physical distraction. 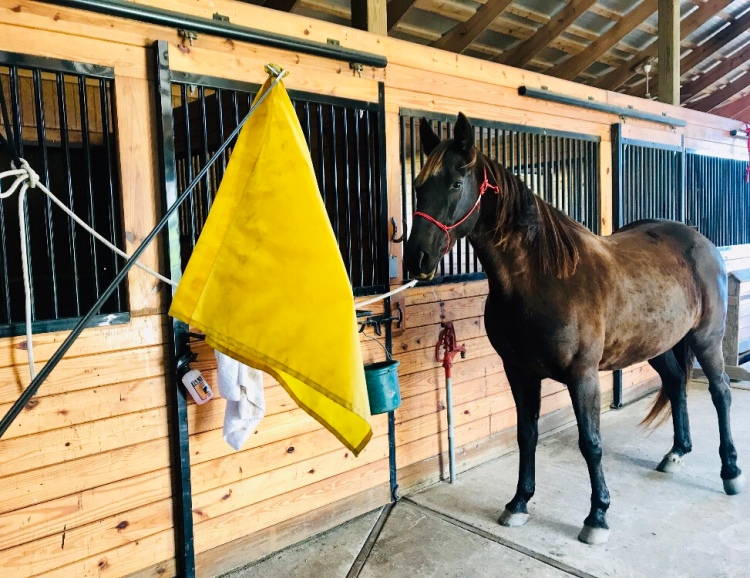 And the next time I went to spray the cooling gel and she danced away I flapped the flag and she understood I was now not negotiating. And I had her undivided attention.

I want to pause to explain a couple things here:

First– I have worked to build a solid relationship of trust with this mare over years. Most times she will go along with me even if she’s unsure because I’ve built that foundation. I cannot say I would take this same course of action with Wyoming the mustang. She is learning to trust me but the foundation isn’t solid enough yet.

Second– I did wave that flag toward her and I meant business. But I was not emotionally upset with her. I didn’t act out of anger but love. While the flag gets waved either way- the intent behind it was to help her. It does matter. If I’d have been frustrated, angry and out of control this would not have worked out the same way.

She is sensitive already and the flag is BIG language for her.

It brought her back to me and though she still moved it was much less… no air kicking. I didn’t get everything done to the level I wanted but I got done what I needed. 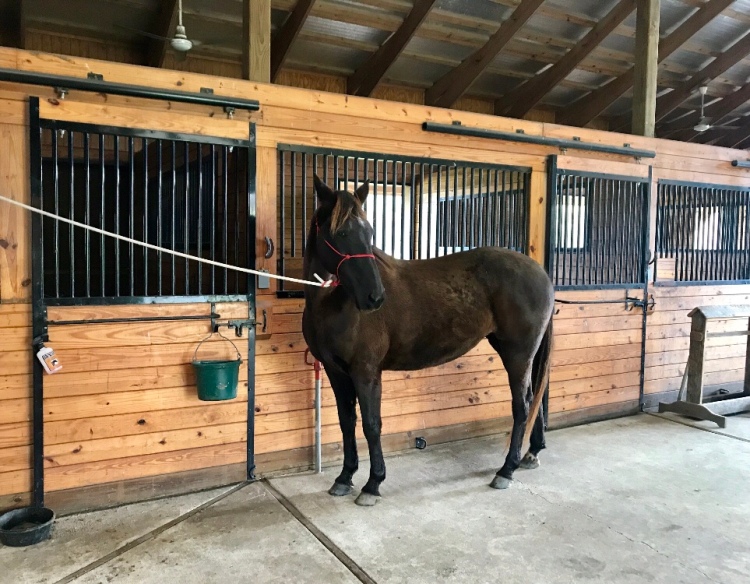 And though she didn’t like it, she was able to relax and process when we finished and we walked to the field connected and the relationship not broken- in fact probably stronger for it.

There was a moment however in the barn while I watched her struggle and stood back a moment to allow her to calm that tears began to puddle in the corner of my eyes.

I was thinking of something I’d heard earlier that morning.

Tim Keller described watching – years ago on a farm in Europe- sheep got dipped for parasite control that saved their lives. The process was terrifying to them. As a soft hearted human, Tim explained, we want to explain to the sheep that it’s for their own good.

We want to explain.

Go ahead and explain.

6 thoughts on “Go ahead… explain…”