Determined to continue training despite hoofwear woes I put my broken boots back together as best I could and dug through the old chest for anything I could get on her front foot to keep on the trail while waiting for the new scoots.

I found a long past use easyboot trail of Faygo’s whose Velcro has seen better days. With the help of a hammer I tapped the boot shell on (at least it’s not coming off easily!!) and pulled the gaiter over and did my best to put the dead Velcro in place- now we just need some duct tape (red of course) and fingers crossed it would work for the day. 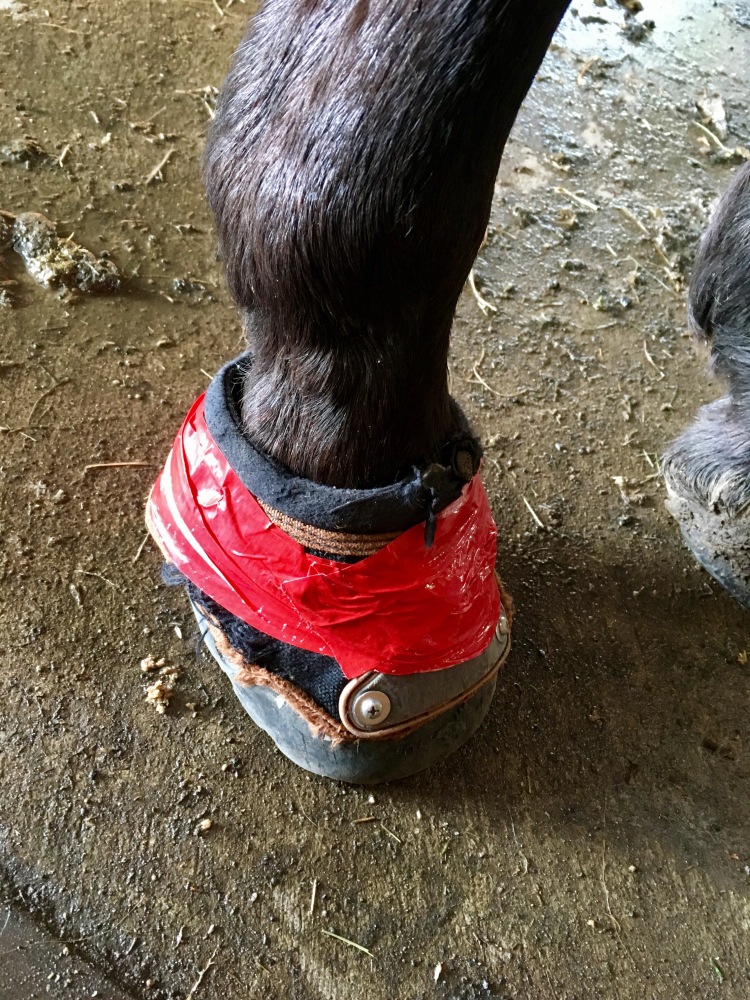 The boot is a little tight and I wondered about rubbing on her heels but didn’t think that would be a long term issue with a ride or two before the new boots come.

Then I went back to my size 1 renegade on her other front and did a little prayer.

For her hind boots- that have begun to work well after reshaping- I found some chips in her hoof from the nail holes and that made the size 0 boot loose on her hoof so that I could twist it back and forth.

So I took some vetwrap and went around the hoof to enlarge the foot only in width.  Boot too tight! At least it made a difference. I pulled a few layers off until it felt snug without being tight, then secured the boot and pulled the vetwrap down to be sure it wasn’t on her coronet band. 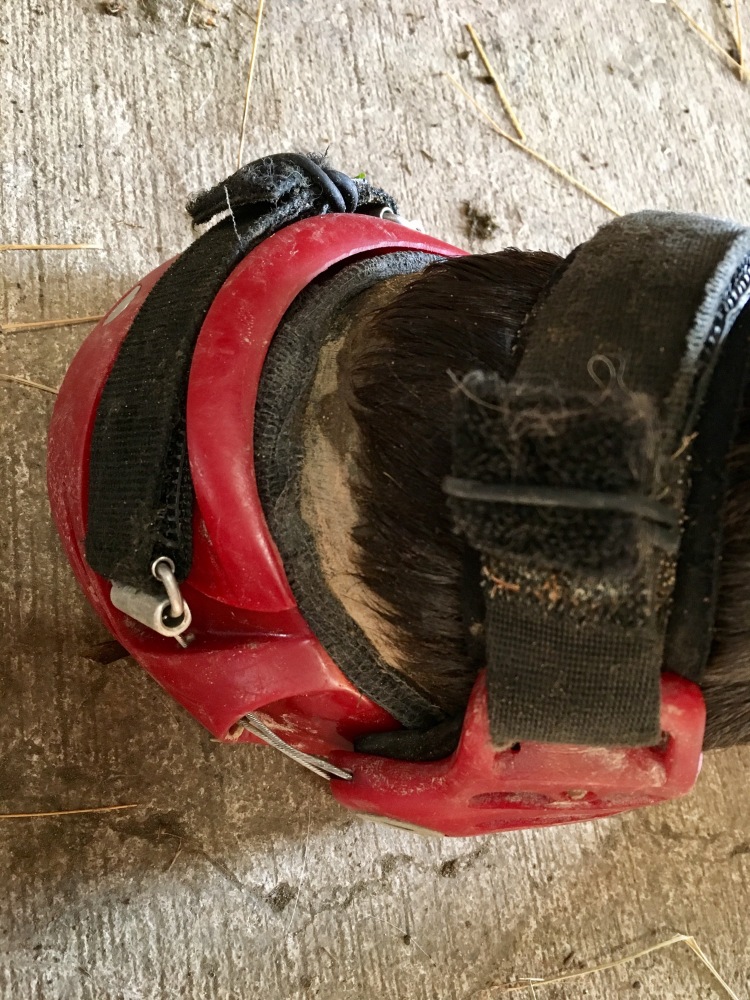 Another little prayer and we were off.

Gorgeous day even though the forecast called for high winds and a wintery mix. Instead we were blessed with sun and occasional breeze. 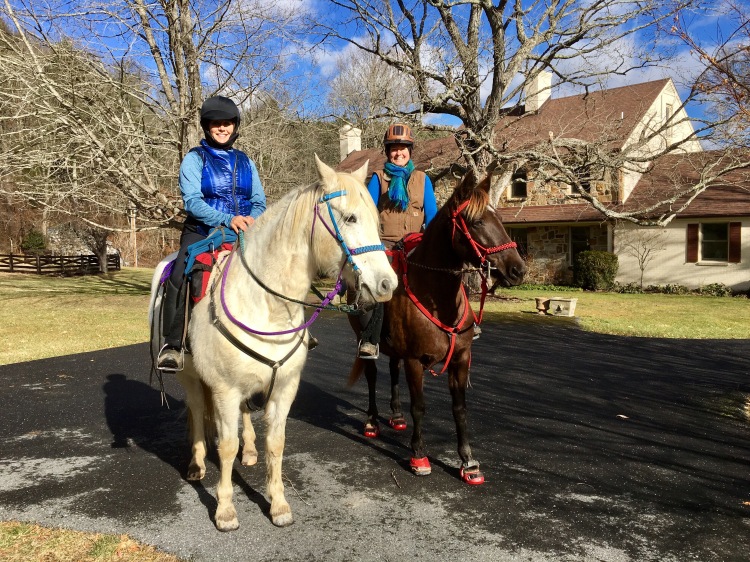 Susan and I did 12 miles on decent trail and the boots withstood water crossings, mud, soft hoof-turning footing, and walk-trot-canter. We did some pretty hard fast canters occasionally and not an adjustment or lost boot the entire day.

I am hopeful the back boots are now a good fit but the losses on my fronts recently make me think they aren’t quite right. I may play around with the vetwrap to make sure the boot can’t move around on the hoof. That could be a good long term solution no matter what boot she’s in.

At least we’re getting miles for now and not sidelined with no hoof protection.

I anticipate getting the new scoot boots next week hopefully by Wednesday. 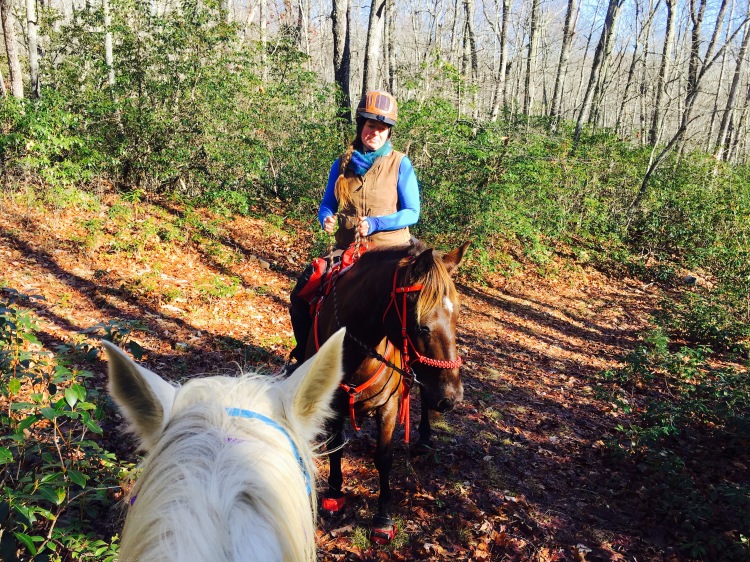 2 thoughts on “Winter Conditioning : Brought to you by Duct tape and vet wrap”